Just Tell Me What the Fuck To Do

For an average of fifteen hours a day, five or more days a week, I make decisions. Some are small, a minor adjustment here, a slight schedule change there. Some are not so small--lots of prioritizing and readjusting to reality, lots of money, time, and people.

Decisions create a ripple affect that rolls through upwards of forty people. A decision made in another department three months ago impacts me tomorrow. A decision made by me impacts revenue streams a month from now.
People come to me with a hundred tiny questions a day, and a few really big issues.

Decisions. Choices. Making the call. Over and over again. Day in and day out. Long days. Long weeks. Hours that fly by too fast. Just trying to keep the ship floating, keep the people rowing in tandem, decide when to lower the sails, who most needs the limited amount of life jackets on any given day.

Decisions. Choices. All day. Every day.

Sometimes I want to crawl out of my own skin. The skin I wear so well, the skin that is but is not...Mine. His. Me. Us.

I am. The queen bee. The regulatory interpreter. The manager of a single department with her fingers in every other department.

Sometimes I just need to be told what the fuck to do.

Not at work. Because I largely do it my way, which led to an unpleasant conversation with my boss regarding the chain of command the other day where I walked out pretty pissed off. But if you want me to make all these decisions day in and day out every day, I refuse to have them all dissected, questioned, and challenged.
I don't always make the right call. Doing so is a statistical impossibility. But I make them, and my ratio of success is fairly high.

Decisions. Choices. All day. Every day.

Sometimes I want to crawl out of my own skin. The skin I wear so well, the skin that is but is not...Mine. His. Me. Us.

He likes it, having the queen bee bow down, fall to her knees at his feet, beg to be free.

When I'm with him I just want to be told what the fuck to do. Regardless of whether or not I have the least amount of desire to do it.

He asked me if I wanted to go out to dinner the other night. I looked at him and said, "Just tell me what the fuck to do". And he did. We went out to dinner.

The world, our world, it's a heavy heavy globe. 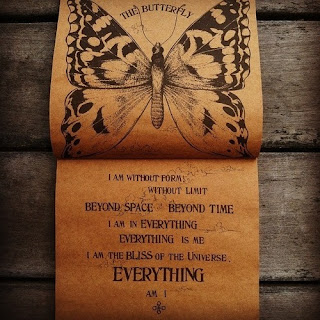 There's a lot of talking in my department. It's a pretty monotonous job with what is likely to be a fairly high turnover rate, so if conversation makes it more bearable and they're doing what needs to get done, more power to them and their inappropriate conversations.

The majority of people seem to think that D/s relationships begin and end at kink. In some seedy room In some other city. With people who just like to play. Real people who live it are a myth like unicorns or Pandora (I'm actually pretty sure that she's not a myth and follows me around opening up her stupid box weekly, but that's a different story).

I just laugh and keep on working. Okay, most of the time. Occasionally something that shouldn't just forces its way out of my mouth, but after all, living D/s is a myth like unicorns or Pandora, so nobody pays it any mind.

The truth is, most people see D/s through the filter of 50 Shades of unrealistic. And that's okay. But it's still a bit funny to me--the crew thinks I'm the queen bee. They see that the majority of people, the ones who have been around long enough to know how things work, step fairly carefully when it comes to me. I'm picky, and I'm a big fan of "do it my way or get the fuck out". They see that, in my department, Alpha defers to me. I do ask his opinions, but if I disagree, things get done my way.

As was pointed out to me the other day by another manager, I am "The big dogs wife". One might think that comes with lots of perks, but it does not. If anything, it has come with a hell of a lot of "she's just in that position because of who she's married to". Yea...Ironically, nobody wants my job. Can't imagine why not!

But I'm getting distracted, as usual...

The truth is, it can be amazingly difficult to see beyond our own constructs of what we perceive reality to be and who we think the people around us really are. 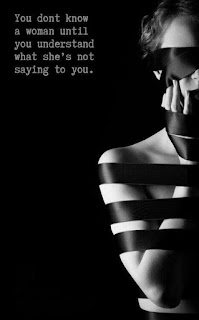 Posted by Storm at 4:00 AM 2 comments: Links to this post

To Be a Real Rabbit

I didn't like The Velveteen Rabbit much as a kid. I thought it was sad. But it's an interesting concept--the idea that love makes you real.

I work. He works. We work together, but are never really together. The "us" we created is something we miss. Who we used to be as individuals has faded into what we have become, and we miss them too.

Self lies in the shadows
a well read book, tattered around the edges
long since touched with broken hands
a tale etched into our bones
memorized by our souls
a small burning fire in the storm of cold
worn pages waiting patiently
long since read
but written permanently into our minds
like ink on the skin
a story
a memory
a feeling
a being
real.

We tend to live within the constructs we create, whatever version of reality we choose to believe or find ourselves living. This is considerably more difficult when there is pain. Cold. Love. Blood. Death. Birth. Because some things are beyond the box, beyond the construct, beyond the containment that we so carefully immerse ourselves in on a daily basis.

We lay together late at night
after he has sated his need
taken his fill
clawed at my soul
torn into my body like a starving wolf without a pack
after all is forgotten except for pain, blood falling slowly in the rain of tears, no longer ruled by fears, and what was far becomes once again near.
When once again all that we know to be true is us
in love and surrender to the tender brutality of his control.

Life isn't about bleeding, it's about what we bleed for.
It's not about the freezing cold in your bones, it's about taking one more step into the snow and surrendering to the storm.
It's about love that makes us real
pain that makes us feel
about dying after truly living. 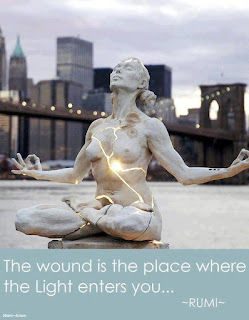