I don't spend a whole lot of writing time talking about what I think makes a good Dominant. Mostly because this is about me and my whining submission, and I don't believe that it's my job to tell him how to do his. However, I read a couple of Tumbler posts that really made me think about "Good" Dominance.
Tumbler does not allow endless comments (damn them for that), and since it's really not my place to rant about the anonymous idiots who comment on another person's blog, here I am.

How exactly do people form the concept that to be Dominant means to have no respect for those they Dominate? Given the phrasing, I am going to go out on a very short limb and conclude that in a "few years" these particular men have gone through a number of "subs". I wonder why they never stopped to think that maybe their attitude is why they seem to be going through subs so fast...?

Force has it's place in all D/s relationships, but if it is constantly necessary, is that really D/s?

If you always have to force her to submit, if you can never be gentle for fear she will gain the upper hand, if you believe that she is not worthy of your respect and acceptance, then you aren't really a Dominant.
You're just an asshole with a superiority complex.

In fact, if a "dom" is so afraid of losing control of his sub that he has to be an asshole about it all of the time, then he doesn't have enough faith in himself, self control, or personal fortitude, to Dominate an ant.

That's not to say Dominants are never assholes. Everyone has their days. But D/s is consensual--nobody has to stay and put up with that shit every day.

Those are not desires that can be fulfilled with force.

He behaves in a way that has earned my respect
he makes it so that I want nothing more than to be on my knees
he inspires my desire to please him
he controls in a manner that makes me want to obey
I am willing to do anything for him because he has done everything for me.
I am his because he accepts all that I am. 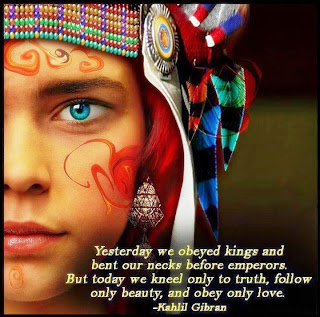