The playground Upon Which Demons Feed and Hidden Desires Dance

I forgot how to write here. I forgot slowly over time, one step away here, another step there...
And I knew what it meant when we showed her this place, that one day I would sit down to write and pause. Because eventually, they will both read every word drawled across these pages.

A lot has happened since the last time I sat here, words pouring from my fingertips. A lot of reality fucking bites. But that's not why I'm here now. In this moment.

There is a natural ebb and flow to ttwd. We gave a lot to that job. We gave our all for a long time. Sacrifices were made, and one of those sacrifices was living in an ebb of D/s the length and depth of which we have never really fallen into before.

She said something that hurt my feelings. I should have gone to her about it, but I didn't. I balled up and shut out. I lost my words and retreated in silence. More than a little lost and confused...

And I once again realized something intricately entwined yet completely unrelated--this place, this slut, this sub, this slave...This is me. I am who I am. He feeds the dark twisted parts of me that crave to be alive, to be explored in the night, all the twisted little kinks and fantasies...The darkness is a part of our bond.

I was kind of pissed off that I didn't write this because I could have. Verbatim. But I love it. And I sent it to him. Because this is a huge part of who him and I are together. 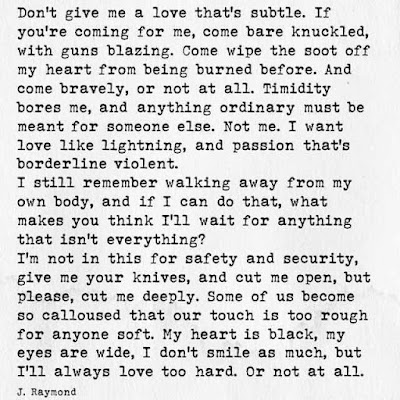 He fed me tequila and took me out.
And there was more tequila.
He mind-fucked me until I couldn't see straight.
Then he did it some more.
He did a number on my mind, that took me a day to come back from. Dunno, maybe I still am three days later.
He turned me upside down and inside fucking out.

She has shown me that there is a space for me that is not subspace. That passion can be gentle and kind and still consuming. Fucking amazing.
Still I know by the look in her eyes when she half whispers about an urge to be violent with me, there is always that in me which desires to feed the beast, to be the playground upon which demons feed and hidden desires dance.

While she has offered very little judgement, there is a discomfort with his ownership of me, and some days I feel a bit bipolar bouncing between them like a ping pong ball. And some days I know that my life is fuller of real living, of really being me, than it has in a very long time.

This has been one hell of a year.

I have fallen in love with a woman.
I have helped build a business which would not have existed without me.
I have worked the kind of hours which did not allow me to see the light of day.
I have inspired and cried.
I have refused to be the mouth which expresses only the beliefs of upper management.
I have been demoted for being...Me.
I have made CEO's cry.
I have walked away from the closest thing to a real career that I have ever known
on the basis of where I draw the line as a human being,
how I can sleep with myself at night,
on the basis of who is there to stand up for those who had no other voice to speak for them.
For her.

No longer there, but still here.
Posted by Storm at 11:07 AM 12 comments: Links to this post

It is absolutely, incredibly, amazingly, mind blowing, how lonely being in love with two people can be. It really is. 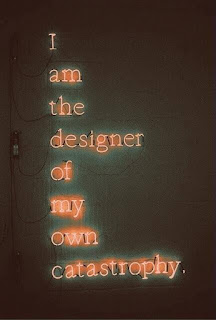