When He Screws Up, A Dominant's Mistake

This post is not meant to be mean. It was not written to criticize anyone in particular, or anyone who's views on submission do not match my own. It is written with my own past experiences in mind. The last eight or so years have given me a perspective that I did not always have. And sometimes, it's difficult and ridiculous to censor one's perspective.

I think it is also important to note that I am coming at this from the perspective of a committed 24/7 D/s relationship, which I believe necessitates this particular view.

The first time in D/s when he well and truly screws up, your faith is shaken, you think that maybe he doesn't really have it in him, and you're sure that he's just gone and done it so bad that you couldn't possibly surrender completely anymore.

Ooh, look at the bird! Think I'll follow it for a minute...

The only reason you think that you can't surrender completely, "Any more" is because you hadn't really surrendered completely in the first place. Dominants, for all that they are, also must exist as humans with all of the shortcomings inherent in our species.

So this road is new and wonderful, it offers you new heights and experiences that fantasies are made of. You find a faith in your Dominant that you previously never knew existed.

Then one day he screws up. You know it. He knows it. Your faith is shaken, how can you go on knowing that he did something wrong?
Simple really--you agreed to submit, you agreed to be his. And you do just that.

He screwed up, so what? Shit happens. It's not an excuse to push for your way, or something you lord over him to challenge his leadership.

This is not an arrangement of convenience, this is not a relationship of "If you do this then I'll...", this is not something you walk away from simply because your faith has been challenged. It is a commitment to a way of life, a person, a relationship, a state of being. You are either in, or you are out. 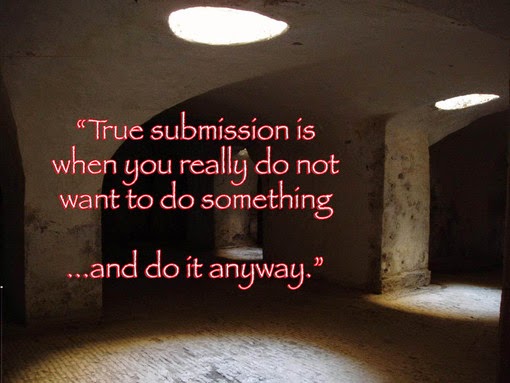 I feel like I see a lot of new subs holding mistakes over their Dominants heads. As if those mistakes automatically give them the right to challenge his leadership because, well, after all--he did screw up. I find that to be one of the most irritating forms of topping from the bottom.

I'm not saying that just because he's Dominant means it's okay for him to run around being a dickhead, but mistakes are an inevitable aspect of being human. If you use every falter in his stride against him, you're not actually in a D/s relationship--you are existing on your own terms, not his.
It's a hell of a lot easier for a Dominant to make decisions if he knows that those decisions aren't going to be challenged at every turn.

Submission isn't about what you like, it's not about doing what you want, getting your way, or even always being happy with the choices he makes--it's about relinquishing control to another person. And you aren't always going to be delighted with the choices that person makes. They aren't even always going to be the right choices. But the point is that those decisions are theirs to make.

A submissive simply cannot live a D/s relationship on their own terms. Such an approach is contrary to the very concept of power exchange. If you want to explore Dominance and submission on your own terms, call it what it is--a kink. And while there is nothing at all wrong with that, it is quite different than living as a submissive. 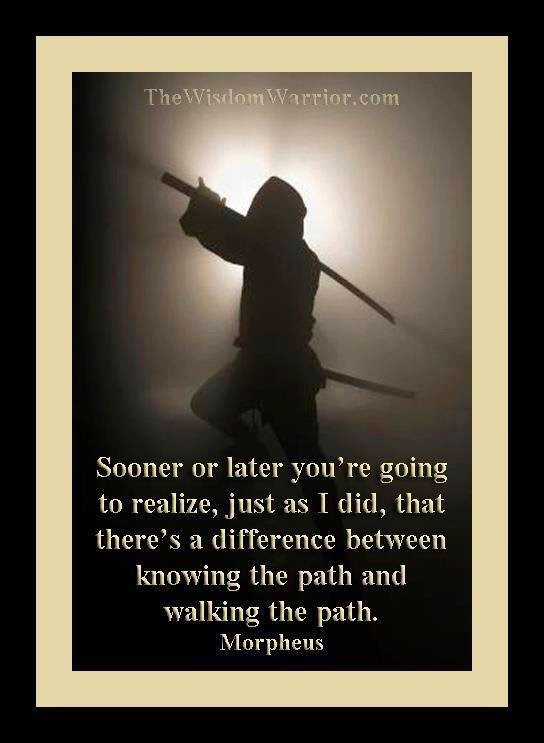 Addendum:
The first comment on this post (thank you mc kitten) brought to my attention the fact that I had overlooked a very important aspect of this whole "He screwed up" thing.
What happens afterwards. Taking responsibility for one's actions is important, especially as a Dominant. And such things as apologies are not a somehow mystical and impossible occurence like finding gold at the end of the rainbow.
How he handles his mistakes matters, and admitting that they happened is important. No one is always right.
Posted by Storm at 8:13 AM